You are here: Home / Guns and Weapons / Best Scout Rifle For The Money

In this article, our mission is to help you find the best rated scout rifle for the money. Back in the 1980s, the rifle concept gunsite scout rifle was an odd-looking thing. Designed by Jeff Coopers of Gunsite, it differed greatly from many of its predecessors. Jeff Coopers promoted the idea of a general-purpose rifle, typically a bolt-action carbine chambered for .308 Winchester, 40 inches in length and under 6.6 pounds.

As a precision rifle made from inexpensive materials, employing more advanced optics, the scout rifle provides an cheaper, but equally-capable, alternative to market rivals.

Benefits of Owning a Scout Rifle

Aside from the size, the most important aspect is their eye relief scopes and fitted slings. Using iron sights, these bolt action rifles are capable of hitting large targets from up to 450 meters away. Typically, iron sight scout rifles also employ the use of a forward-mounted, low-power, long eye relief scope. This offers the user easy access to the tip of the gun for quick reloading.

What Cooper realized was that rifle concepts in optics, metallurgy and plastics could make for a lightweight, useful instrument capable of matching the capabilities of previous rifles from the late 20th Century used by law enforcement. The concept was primarily influenced by the exploits of the scout Burnham in the West and in Africa.

Optimized for speed and stopping power, the utilitarian rifle is ideal for a someone hunting alone or in a scout squad. They’re also great for hunting while on the move.

Well, there are quite a number different scout rifles on the market, available from many different manufacturers. Cooper himself was involved directly with the Steyr Scout. However, Ruger, Savage, and others companies also make scout rifles that match Cooper’s specifications.

The Steyr is probably the most expensive scout rifle on the market, but for good reason. With its hefty price point, you’ll undoubtedly wonder where your money is going. The answer is that it’s a more complex scout than others.

Constructed of polymer, the magazine takes five rounds. The .223 mag has a bulbous nose to share stocks with the .308 family versions. It also features two latch positions, meaning the first click does not feed rounds. Rather, it offers a spot to feed your rounds into the action. The second position feeds your rounds as with a normal rifle. This is useful because it allows you to load up to six.

Normally you wouldn’t need six rounds for hunting. But, if you’ve got yourself on a cull or a nice position whilst varmint hunting, it’s certainly a nice feature. These magazines are really easy to reload. Additionally, you can carry a second mag in the buttstock, which covers you if one gets lost or damaged.

The stock of this rifle is adjustable for length. It also has a built-in bipod, which is extremely handy. It may not be as good as your more expensive bipod, but you won’t be forgetting this one at home.

For a less expensive alternative, check out the Ruger Gunsite Scout Rifle. Released in 2011, it’s a dramatic improvement over its predecessors. Rugers scout is about half the price of the Steyr, but just as impressive. With its short barrel and general length, it’s suitable for shooting in bushy, dense environments. Rugers scout is a strong, sturdy bolt action design performs well in conditions in which most semi-automatic weapons would not.

The semi-composite material used for stock is very light. It’s easy to carry, particularly on long excursions. Although polished oak might look nicer on your rifle, its function is hindered by its weight when compared to a semi-composite.

For a small rifle, this model is extremely accurate. With a Hornady TAP 155 solid trigger, which breaks below five pounds, this rifle will shoot accurately at targets up to 300 yards away. The low-powered optic gives you a wide view for sourcing your target quickly.

For a quality scout rifle, look no further than Steyr and Ruger. Both are trusted manufacturers used by law enforcement that produce some of the finest precision rifles on the market. Although the Steyr is a more expensive option, it offers a host of useful features for the more decadent shooter or scout squad.

The Ruger, however, is a truly beautiful rifle available and a great price, which offers many of the same virtues as its counterpart. The control you feel with this rifle is exceptional. It’s the all-in-one rifle for hunting and general protection. As a scout rifle, it can’t be beat in terms of value for the money.

This site uses Akismet to reduce spam. Learn how your comment data is processed. 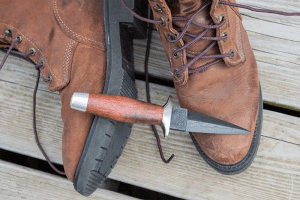 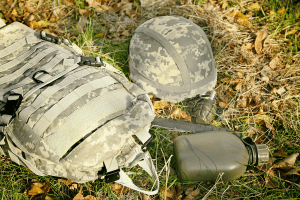 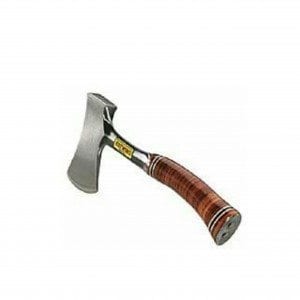